What is endometriosis really? 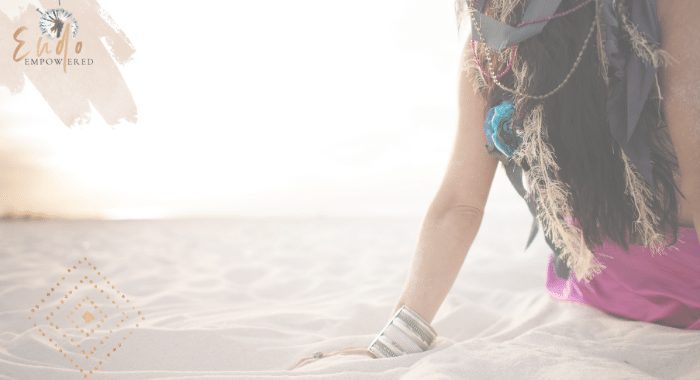 Look up “what is endometriosis?” and you will get this complex-sounding explanation of endometrial cells found in the abdominal cavity.

Say what? What you really want to know is why do you have endometriosis and what is causing all this nasty pain?

Here is my understanding of what endometriosis is:

Some of these ideas are yet to be proven and some are just my own theory but hey, take what resonates with you…

To me, endometriosis is a reaction to a bunch of cells that found themselves in the wrong place in the body. It’s like they went on some big party, drank too much wine, and then got stuck out in neverland. What caused them to go hay-wire and scatter themselves way out in the abdominal area is unknown. All we know is that their random act of displacement is causing a great deal of pain for women with endometriosis around the world.

Now, if I was to interview these randomly dispersed cells… here is what they would probably tell me.

“Look Mel. I know I am not really meant to be hanging out here but nobody has told me to leave. I know that in other women’s bodies, there is some dude that comes along and tells them to leave and then they do but I haven’t so I am just going to hang out here and carry on with our party.”

The problem is twofold as far as I can see:

Why does endometriosis form?

To me, it is an immune system that has mixed messages. Why would it have that?

Aaaah and this becomes the bigger question doesn’t it?

The real reason I think endometriosis exists has many layers but let us explore some ideas for you to ponder over:

Okay. Big thoughts and lots for you to explore. What resonates? What makes sense to you based on your own history with endo?

Would love to hear from you…