Why Are Synthetic Drugs So Bad for Our Bodies and Endometriosis? 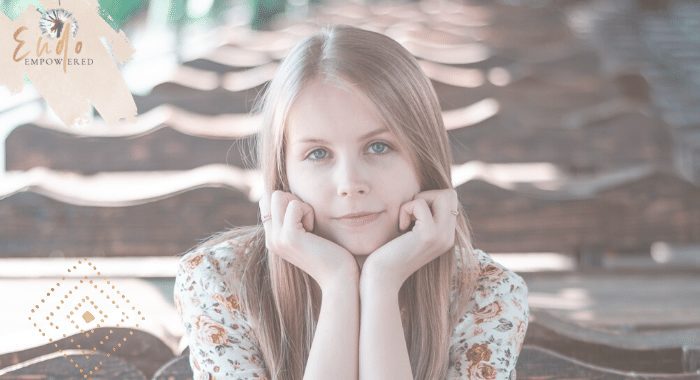 I used to live on Nurofen, ibuprofen and all of those synthetic drugs to help me overcome my pain with endometriosis. I really thought I couldn’t live without them. It has now been months of not taking any of these, even on my first day of my period.

When I flew over to London just over a week ago, I got my monthly right in the middle of flying. As you can imagine it was not fun and as I was sitting still for so long, my cramps started to get quite bad. I didn’t have the means to implement my usual pain strategies and figured, I would just take some Nurofen to get through the night. Well, it sounded innocent enough… popped two Nurofen and that would dissolve my pain. What was interesting was that my pain actually didn’t die down much at all. It was minimalist and I felt terribly groggy in my head. I also got instant stomach pain and suffered from constipation for several days afterwards. I vowed then and there, that I wouldn’t ever take them again or… fly during my period time.

Thing is, I wanted to understand what drugs actually do. After all they do relieve pain but why do they need to bring with them so many side-effects?

So, I did some research and delved into the history of the making of Asprin and NSAIDs (Nurofen being one of them).

In the late 1800s laws were passed in the US that allowed medicines to be patented but only if they were not natural substances. If there was a natural substance, anyone could capitalize on it. If they altered this natural occurring substance, then and only then could they patent it and in other words capitalize on its benefits. So, what the drug companies did was find the important bit, the “active ingredient” within the natural plant, isolate it and transform it. Then they could patent it and make heaps of money from it.

Aspirin actually gained its original medicinal qualities from the salix species and is more commonly knows as willow or poplar. Various teas, decoctions, tinctures and poultices of salix were used medicinally for years in various parts of the world to alleviate pain and arthritis. In 1987 a chemist at the Bayer company in Germany synthesized acetylsalicyclic acid and that is what we know as Aspirin today.

Sure enough, Aspirin was a great invention and is used daily by billions of people around the world. However, it does bring with it some side effects, which are NOT experienced when taking the plant willow for the same purposes. Aspirin and the whole family of nonsteroidal anti-inflammatory pain relievers (NSAIDs) have a wide range of side effects, mostly in the area of stomach inflammation. They cause in excess of 10,000 fatalities and 30,000 hospitalizations every year due to bleeding in the stomach and intestines. Acetaminophen, better known as Tylenol, is incredibly damaging to the liver.

Research gathered from “What your doctor may not tell you about Menopause by Dr. John R Lee.”

History has proven that by separating and extracting only the key ingredient within the plant to develop a specific drug inevitably leads to side effects. When we take a plant in nature, in its entirety, they seldom create the same level of side effects, if any. Nature has a wisdom and as smart as we may be, we are not able to synthesize these complexities. In over a million years of evolution, our biochemistry is in sync with nature and our bodies know how to take in those natural substances.

Synthetic drugs are foreign to the body and don’t “fit” into receptor sites and our bodies struggle to process them and expel them.

That is why we experience side effects. So, don’t feel bad that you experience them! I used to think my body was simply “weak” for not being able to cope with all the various drugs that it was given. The reality is, my body knew exactly what was not good for it, hence it reacted to the various drugs and contraceptive pills the way it did. It knew they were foreign and reacted accordingly!

Over 750,000 people actually do die in the United States every year, although not from plane crashes. They die from something far more common and rarely perceived by the public as dangerous: modern medicine.

Unfortunately, natural substances just don’t have the same marketing budgets that these large pharmaceuticals have and hence we don’t know about willow or poplar or any other natural pain reliever. We also don’t place as much belief in them because we don’t get told each and every day of their amazing benefits, well, unless you follow my blog, of course!

I know it is isn’t easy to wean ourselves off painkillers that easily. I know because I was totally addicted to them for years! I couldn’t go through a day without taking at least two! If I felt even an inkling of pain, out they would come! They lived everywhere too, just to make sure I always had them handy!

What I am trying to say is that we should just be more aware and recognize the strength of these drugs that we take. Recognize that they are not helping our healing or our bodies. Recognize that they are affecting us in a negative way… quite dramatically. Next time you experience pain, try and deal with it in natural ways. Find natural painkillers or use methods that give you relief, without simply reaching for the drugs.

They affect so much more than we realize and at the end of the day, our goal is natural holistic healing.

JOIN US
Keep Reading
PrevPreviousAre You Angry at Doctors for Not Diagnosing Your Endo Sooner?
NextCould There Be a Deeper Connection to Having Endometriosis We Might Share? Part 1 of 2.Next