How to Make Spirulina Taste Good 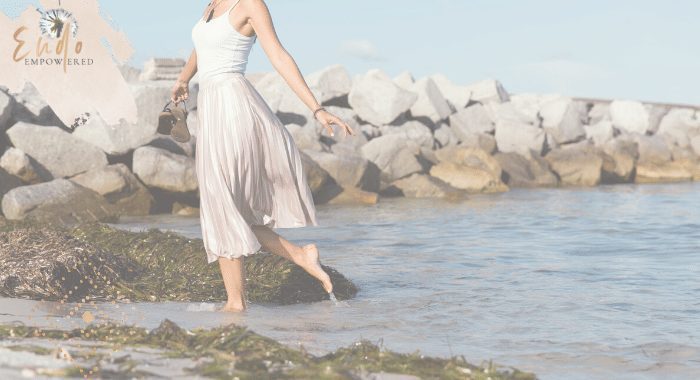 Spirulina is touted as one of the most amazing superfoods. It contains heaps of good stuff including 60% protein, iron, Vitamin A, B, D and K. It also helps build good gut flora and eliminates mercury and other toxins from the body.

There’s only one minor problem with Spirulina. It tastes NASTY! As many times as I have tried to drink Spirulina in its pure form, I either land up gagging from it or just throwing it down the drain. It just doesn’t taste good and even if we manage to do the old: block your nose, down it and then follow it with heaps of water thing, this is not a fun way to spend your morning. Never mind the fact that your body is unlikely to savour the benefits if our mind is going, “Oh yuck!”

So, after months of storing my Spirulina powder, I decided to find a better way to get the stuff into my body. One of the most obvious methods would be to get myself some veggie capsules and take the Spirulina in capsule form. I don’t know about you but I already have a long list of capsules which I line up each day and add to my routine – adding another one is just too much! I always think: If you can eat it or drink it, why swallow a tablet?

One of the key things I discovered is that the quantity of Spirulina we use plays a big role in the taste. Initially, I started simply adding the Spirulina to my smoothies but soon found that even then I could taste it and it actually landed up ruining the quite tasty smoothy I had made. My smoothies generally consist of a coconut milk base and perhaps the Spirulina mixed with milk thing just doesn’t work! Buy a good brand of Spirulina here.

And so, the experiments began. First it was the morning lemon combo. Lemon juice with some Spirulina. Okay, so here’s the problem with this idea. First off, the Spirulina doesn’t actually mix into the lemon juice. It just sits on top of the lemon juice and that means you have to drink dry powder before you even get to the lemon juice! Yuck! I tried stirring with a spoon and then a fork and it just didn’t cut it. The next option would normally be to go with a blender. But I found a better solution!

It’s a little handheld mixer and it mixes the Spirulina with any liquids perfectly. You can get them at IKEA too! I know most people use them to make froth for their cappuccinos!

Though I had figured out that the Spirulina could actually be mixed with any liquids, the lemon juice Spirulina combo was just not that good. So I went and experimented with other juices. At first I tried just buying some apple juice and mixing it with that. It just made the apple juice taste foul!

Then the real experiments began and I started to add Spirulina to all sorts of liquid drinks. First there were my smoothies but no matter how much I tried to disguise the taste, I could still taste the Spirulina. I would combine it with cocoa powder and bananas and yet, still that nasty green taste came through. It also made my smoothie look a nasty khaki colour.

Well, after months of trying and really wanting to make this stuff work for me, I found a recipe this morning that really works. It does require a little more effort than I was hoping for but I figure I am getting additional health benefits by doing it this way.

I decided that the problem was that I simply wasn’t working with my friend ol’ Spirulina. I was trying to hide it, disguise it and rather than doing that I decided to actually work with this deep green colour and taste. So, the secret lay in bringing out more of the greenness of my friend Spirulina.

This is what finally worked and tastes good:

A juice made with:

Then get your spiffy cappuccino mixing tool and add about 1/2 teaspoon of Spirulina. Mix away and the longer you mix, the more you get that frothy top you used to enjoy on coffee!

Have you found a way to drink Spirulina that tastes good? What are your favourite recipes with Spirulina? Like it? Hate it? Given up on it?

JOIN US
Keep Reading
PrevPreviousAre You Really Infertile?
NextHow to Cleanse Your Body to Allow It to HealNext