Lucy Shares Her Incredible Story of Hope after 7 Miscarriages 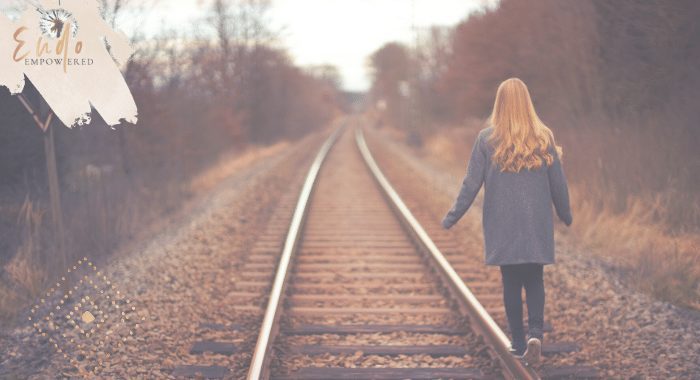 Lucy has been a follower of my blog for over a year and she has shared her amazing story of hope for my blog today. We can all achieve a successful pregnancy. We just have to have the courage and keep trying, as Lucy has done with great success.

My Fertility Story – by Lucy

I was finally diagnosed with endometriosis at age 23 after many years of painful, heavy periods. Over the years I have had 5 laparoscopies with diathermie and helica treatments and up until 10 years ago I had also run the gamut of hormone treatments. During this time I was repeatedly told I would have trouble conceiving (if at all) and medics constantly reminded me not to wait before trying. But my partner and I did not want children at the time: I was focused on my career and even requested a hysterectomy in my 20s as I was so miserable with the constant debilitating/disabling pain.

Then as I reached my 30s, something changed and I started to feel that maybe I did want to be a mother. Being constantly reminded of the likelihood of my being childless probably precipitated this but deep down I believe it was something innate and evolutionary happening to me—the strong desire to ‘reproduce’. Unfortunately my husband (then partner) did not feel the same way at this point and I then faced the dilemma of ending a perfect relationship in order to find someone to have children with, when I wasn’t even sure I could conceive!

I had already started my natural journey with endometriosis treatment and, whilst I continued to have a few bouts of surgery, had not had any hormone/drug treatments for many years, despite medics trying to persuade me to ‘switch off’ my hormones until I was ready to have a child. By now I had been told I had only one functioning ovary/fallopian tube as my left one was so badly twisted/stuck that it would be almost impossible for an egg to travel down it. However, I was not overly concerned—I was undertaking my doctorate and well and truly immersed in my career and uncertain as to how my partner and I would resolve our difficulties. One day, my partner asked me why we were using birth control (condoms) if I was unable to conceive. I conceded this was a good point and so we stopped using them.

We had sex once with this new ‘regime’ and I found out I was pregnant at age 32!!

Unfortunately I miscarried at 9 weeks. The whole experience confirmed to us both that we did indeed want to be parents and now that I knew I could conceive, the whole possibility became a reality! I waited one month and then immediately conceived again! This pregnancy went full term and I gave birth to a little girl in October 2007.

Three years later we approached the topic again and decided to see if I could conceive again. Not the first but second month I became pregnant but sadly I miscarried at 13 weeks. The whole experience was traumatic as I hemorrhaged and ended up in hospital having to have a blood transfusion. I was convinced the endo was the cause and so I had another laparoscopy where I was told my whole pelvic floor was covered with endo and that it was severe. We were both so traumatized by the late miscarriage that we did not consider trying again for well over a year, when I became pregnant again. Again I miscarried and so we stopped again. I underwent testing for recurrent miscarriage but they were unable to find any cause, other than to tell me that endometriosis was strongly associated.

I embarked on a course of Chinese medicine and then decided to try again but nothing happened for a few months. I then went to see an acupuncturist and had weekly treatment. I saw dramatic changes in my cycle and had two very early miscarriages during the first 4 months of seeing her. I decided I had had enough: 7 miscarriages over the years was taking its toll as was the focus on conceiving. Being already blessed with one beautiful child it seemed a bit indulgent and destructive to continue with the quest for another child so I decided this was the last month and then back to contraception. The acupuncture had helped my endo symptoms enormously so it had not been a wasted journey.  I then discovered I was pregnant and this has so far continued until now where I am 18 weeks!

Gynecologists who have treated me frequently tell me how lucky I am to have conceived: I have been told I have severe endometriosis (stage 4) and only one functional ovary/fallopian tube.  However, one consultant admitted that the female reproductive system was in many ways a mystery, even to specialists! He said that time and time again he saw women conceive easily with endo, so he was no longer certain that it caused infertility.  I hope my story gives others hope to know that nature is often inexplicable and science does not have all the answers. My story is one of many (most of which are more miraculous than mine!) that can give us hope.

Thank you so much for sharing your story of hope and encouragement. It has certainly helped me feel better and I am sure will help other women too. Please share your comments below.